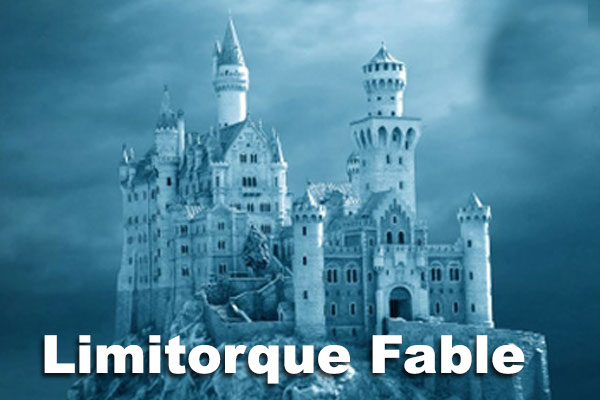 We all know that Limitorque is an industry leading actuation solution. Since the Early 1900’s, it has continued to innovate from the very first torque and limit switch to todays digital products with absolute encoders, apt cards and more. Through these many years, numerous industries have grown to rely on Limitorque actuators on their most critical processes. With that in mind, let’s enjoy the humorous fable of LTM and think of what would happen if all of a sudden, these Limtorque actuators no longer existed. Enjoy!

Once, in a land far away there were two evil sorcerers known as EMEIM and elROTORKO. While they were two, they both feared the emperor LTQ THE MAGNIFICIENT aka LTM.

Meanwhile, there was a fair haired lad that was so madly in love with his fair maiden that they decided it was time to wed. Thus wed, they embarked on their honeymoon via the great airport known as ATL. While at ATL they made great plans for the honeymoon excursion (did I say GREAT).

Meanwhile the evil EMEIM and el ROTORKO decided they could combine their powers to defeat the emperor LTM. They decided that they must render every device LTM controlled (known as Limitorque) inoperable and thus gain a great victory. And so they DID.

Meanwhile, back at ATL the fair couple held hands and stared into each others eyes; . . . and the lights went out. OUCH!!!

“Fear not”, said the fair haired lad to the maiden, “the lights will return”.

Nay, nay; without LTM, there are NO lights since most power utilities count on the reliability of Limitorques to produce electricity to power lights.

“Well, we can relax with a cup of coffee while we wait”, said the fair maiden.

Nay, nay; without LTM there is NO water since most water treatment and distribution facilities count on the reliability of Limitorque to control their operations.

“Well, let’s just FLY AWAY to a place that ain’t HERE”; said the maiden with southern gusto.

Nay, nay: without LTM, there is no flying. Limitorque actuators control the fuel tank farms for most airlines along with the fire protection for many airports.

True to form the fair haired lad wasn’t listening, he had to PEE (yeah, it’s a guy thing).

Nay, nay: without LTM, there were NO toilet facilities since most waste treatment plants count on the reliability of Limitorque to control their operations.

“Let not your heart be troubled”, said the lad to the maiden, “everything will be fine” after all, we live in the most powerful land on earth and have a mighty military; we are safe”.

Well, most of the fuel military depots count on the reliability of Limitorque Actuators as the heart of their operations; this includes submarine bases AND AIR BASES

Most aircraft carriers AND OTHER SHIPS AT SEA count on the reliability of Limitorque Actuators for their major systems, including water distribution, fire protection, fuel distribution, and even aircraft launch operations.

Meanwhile, in THE far away land of Oviedo; an even stronger wizard known as SIR ROAD RUNNER was “on call”. Now this wizard had many MANY gadgets (did I say MANY?) and a passion for the customer. HIS PRODUCT KNOWLEDGE WAS UNEQUALED. His power was even stronger than the combined power of EMEIM and elROTORKO; when he spoke IT WAS SO!!! With a knowledge of firmware, SECRET passwords, and a FEW key strokes IT WAS DONE; all was RIGHT again!

The gleam returned to the eyes of the lad and the maiden; they boarded their plane while exclaiming “POWER TO LTM AND TO ALL A GOOD NIGHT (gee, I STILL need to PEE!!!)”.